Betsy DeVos’ Mercenary Brother Erik Prince is Offering to Get Americans Out of Afghanistan for $6.5K Each

The Biden Administration has known that they would be pulling troops out of Afghanistan for months. The plans to do so were set in motion when Donald Trump was still in office.

And the Biden administration has spent those months reaching out to Americans living in the Middle Eastern country in an effort to get them out safely. There were a number of emails and even offers to help fund their trip out of Afghanistan. The team is still working on getting any Americans that want out of the country back home.

Erik Prince, the brother of former Education Secretary Betsy DeVos, would very much like to profit off these people’s troubles. According to the Wall St. Journal, “on Wednesday that Erik Prince, cofounder of the infamous security contractor formerly known as Blackwater, said he is chartering planes to get stranded people out of Afghanistan for $6,500 per person.”

Prince has also offered to extract people who are currently stuck in their homes. That service, however, costs extra.

Jen Psaki was asked about Prince’s antics during her Wednesday press briefing. She told reporters, “I don’t think any human being with a heart and soul would support efforts to profit off of people’s agony and pain as they’re trying to depart a country and fearing for their lives.”

Watch a clip of Psaki’s comments below:

Psaki on Erik Prince: I don’t think any human being with a heart and soul would support efforts to profit off of people’s agony and pain as they’re trying to depart a country and fearing for their lives https://t.co/ABCyvlRtTZ 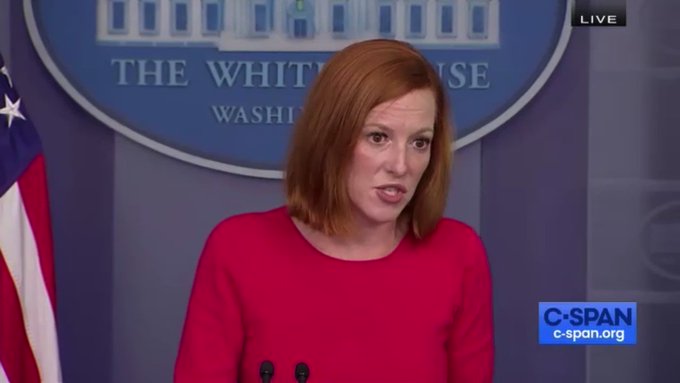 Todd Neikirk is a New Jersey based politics and technology writer. His work has been featured in psfk.com, foxsports.com and hillreporter.com. He enjoys sports, politics, comic books and spending time at the shore with his family.